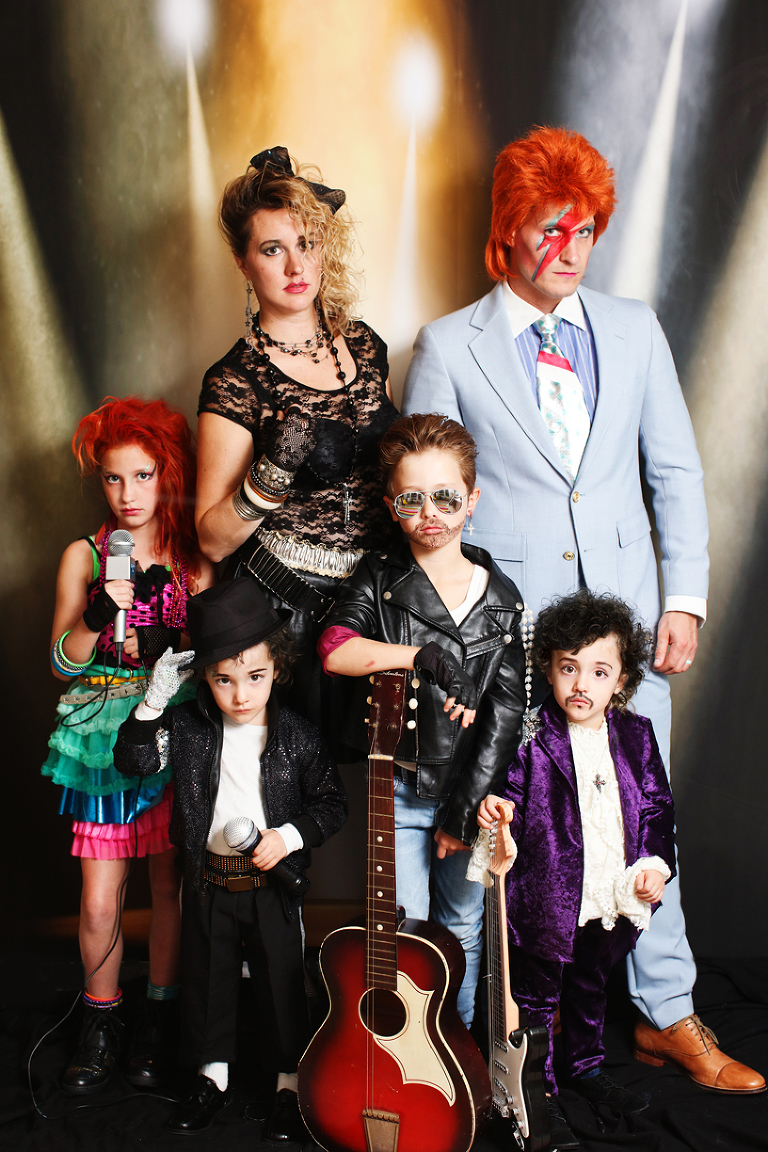 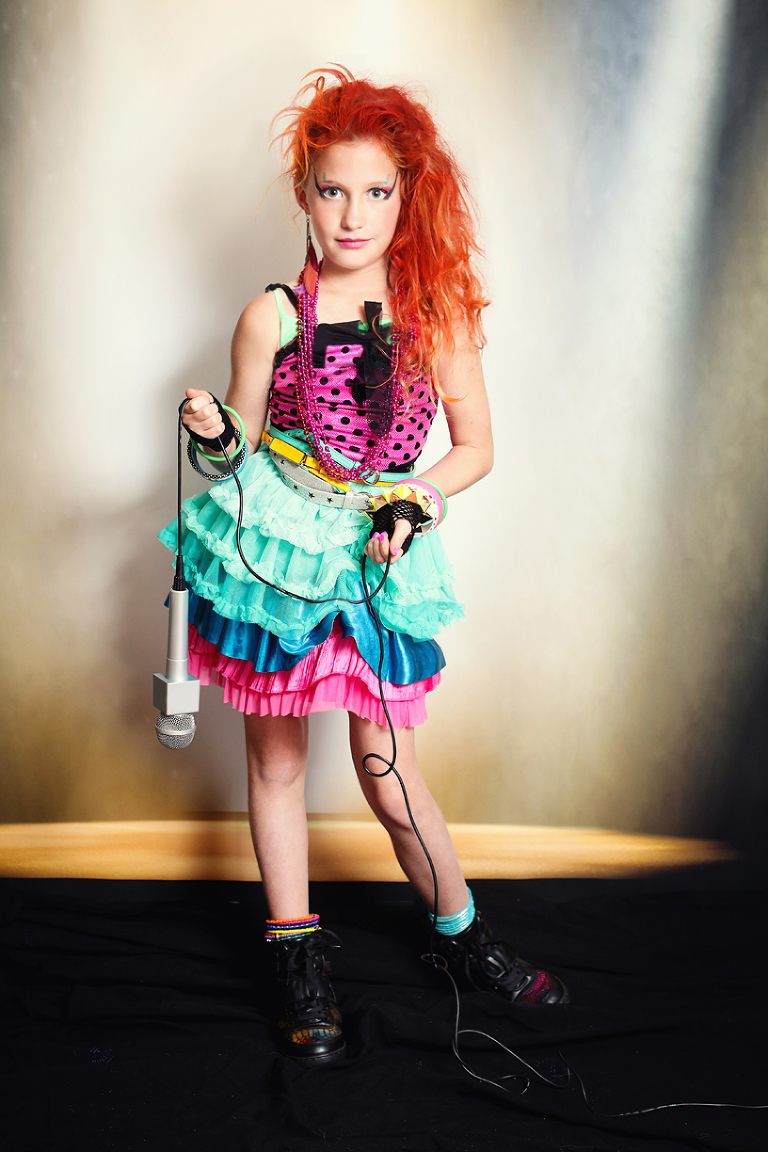 Cyndi is dramatic with those lips and had it not been 1045p on a school night, we could have had more fun with this. :0 We

normally do everything on the weekend before nursing home trick or treating but we had 6 soccer games, amongst my sessions,

family in town, and family carving to work around so it just had to wait until Monday night. And Adam couldn’t get home till after

7 with lights in his trunk. And dinner. All brings us back to the same daily struggle of rushing through life to beat the clock. SIIIIGH. 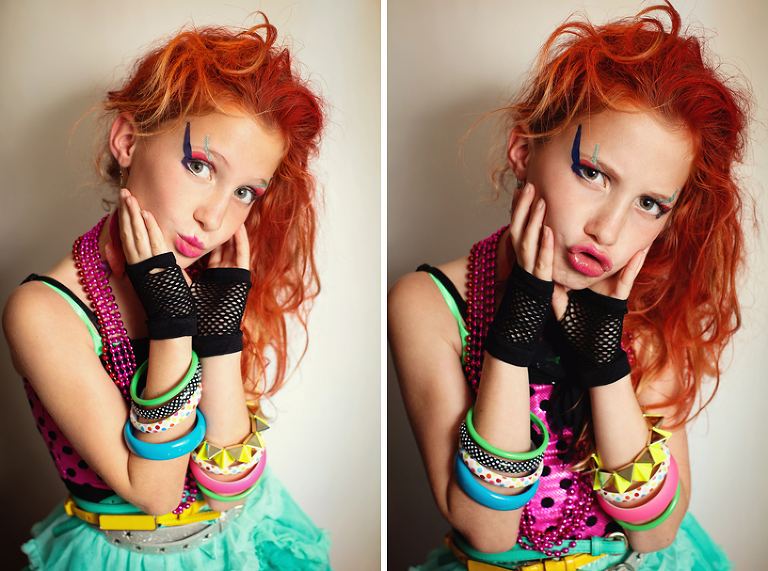 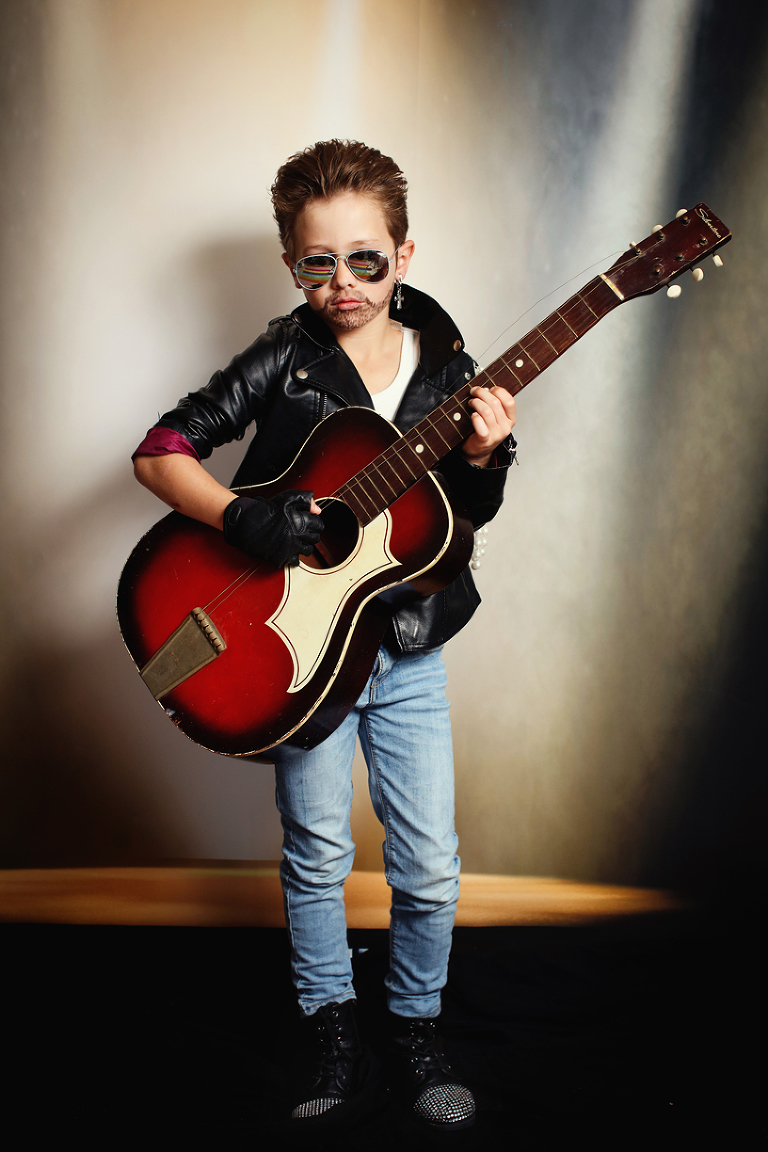 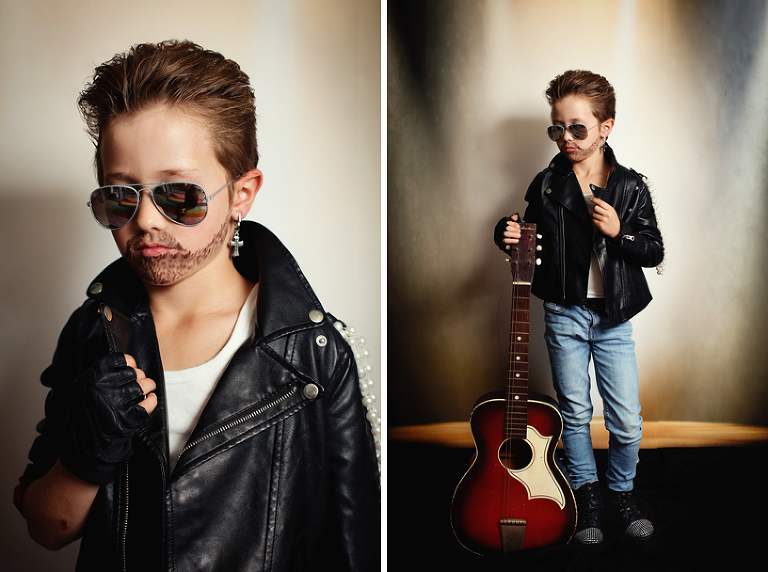 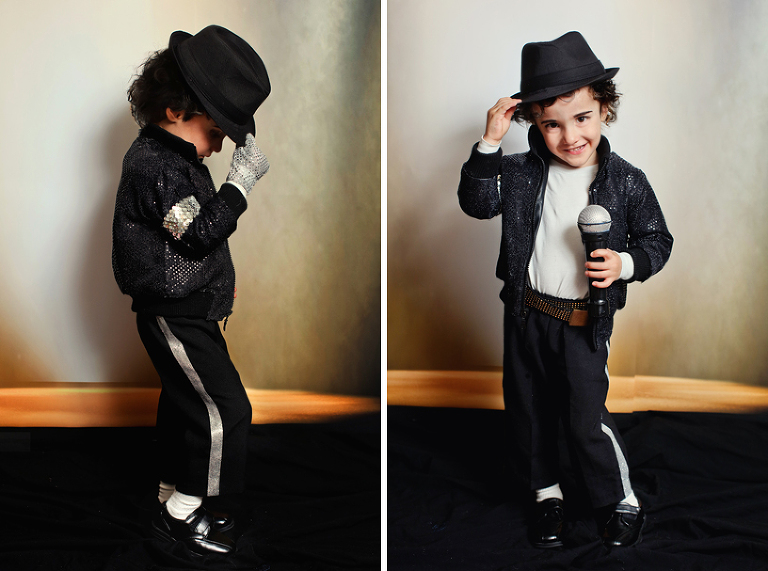 Ezra asked to do all.the.poses. For the last month they asked daily to “research” all the popstars. We watched all the videos.

They did the moonwalk and learned lyrics. It was really awesome how invested they were this year. He even asked if he should

grab his crotch for a picture because well, he knew that was MJ’s move. HA! Daddy said no. :0 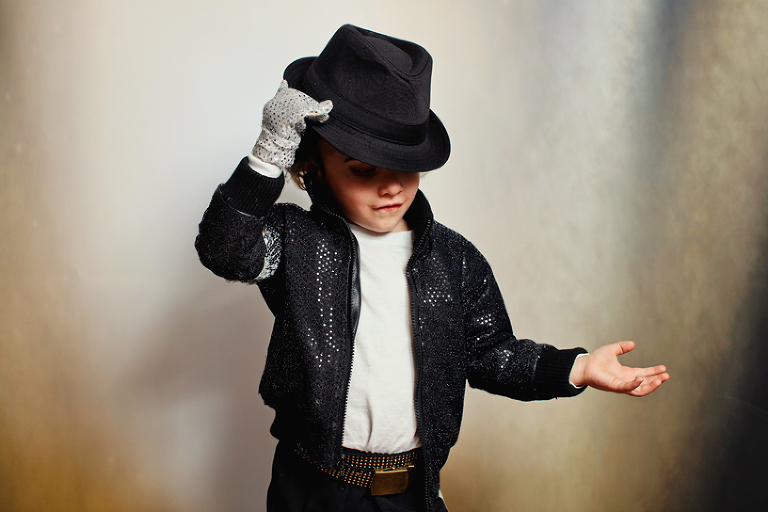 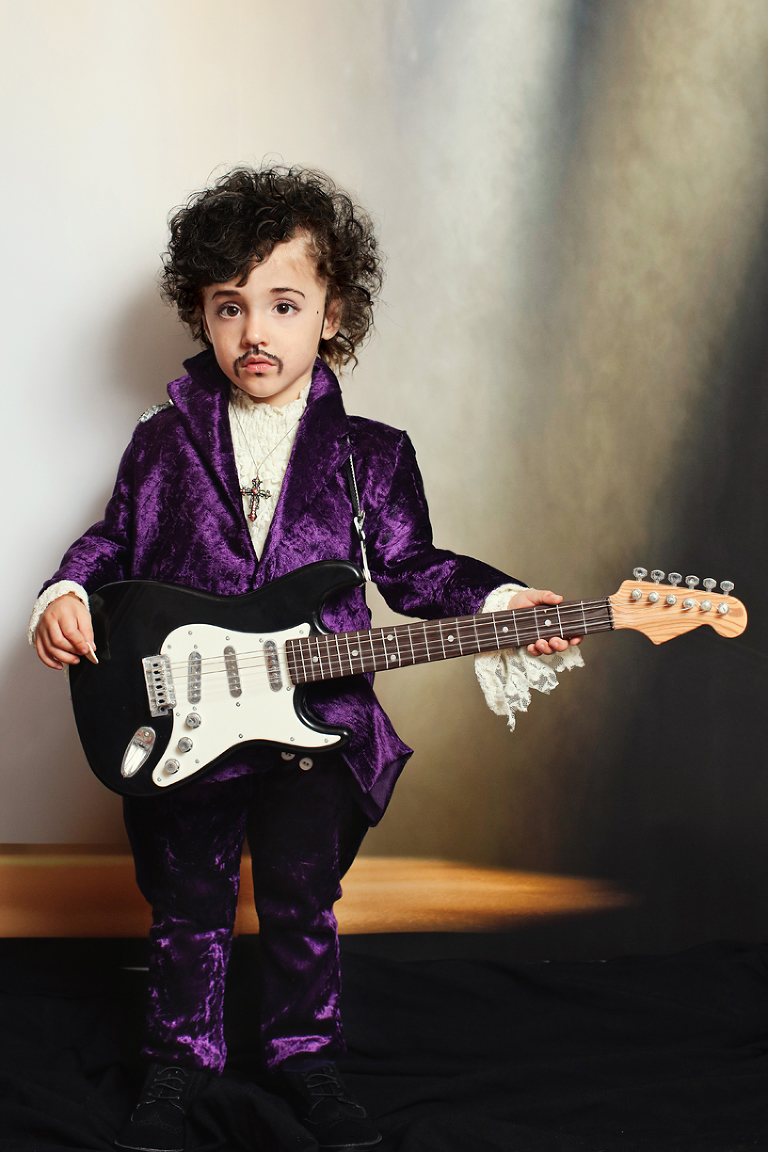 Ezra, “But Mommy! Prince and Michael are fwiends, so we have to hold hands and take a picture together!!” 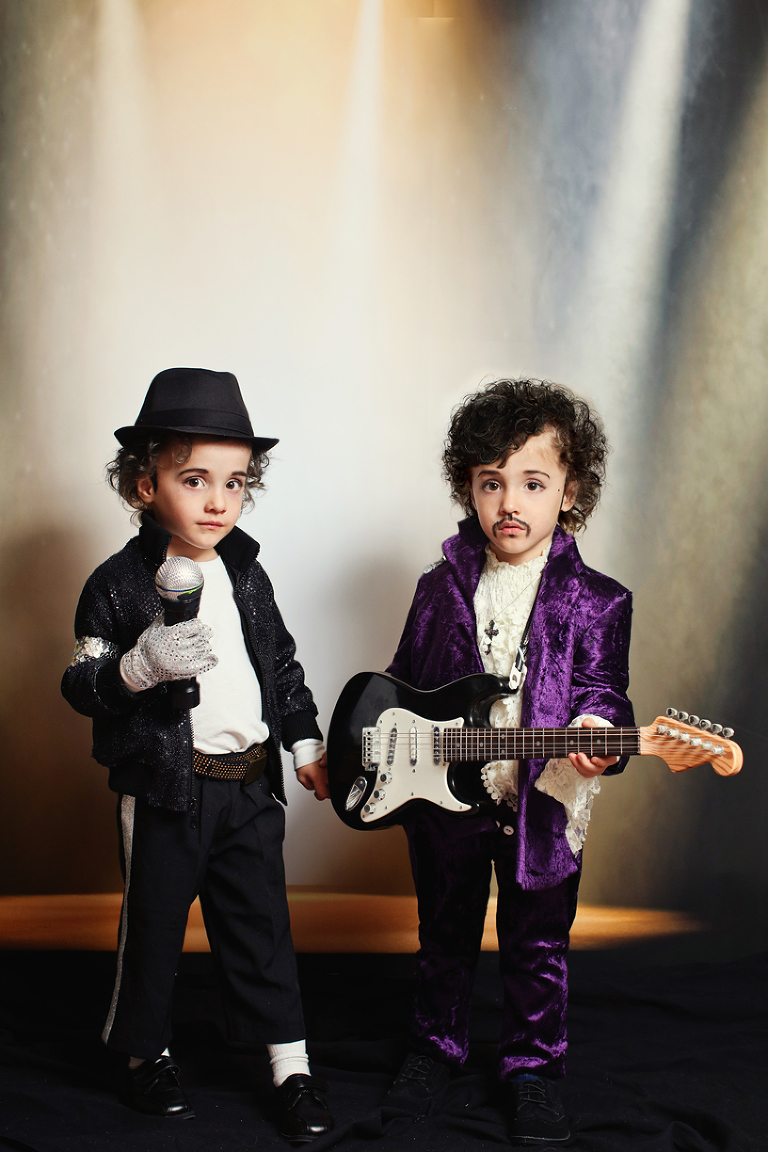 Let’s just take a second to recognize how these 3year olds wanted to take all the pictures. The ability to follow precise instructions

of slight movements upon my request. I was cracking up. Who are these kids?? To that they would respond, “Prince and Michael, duh!” 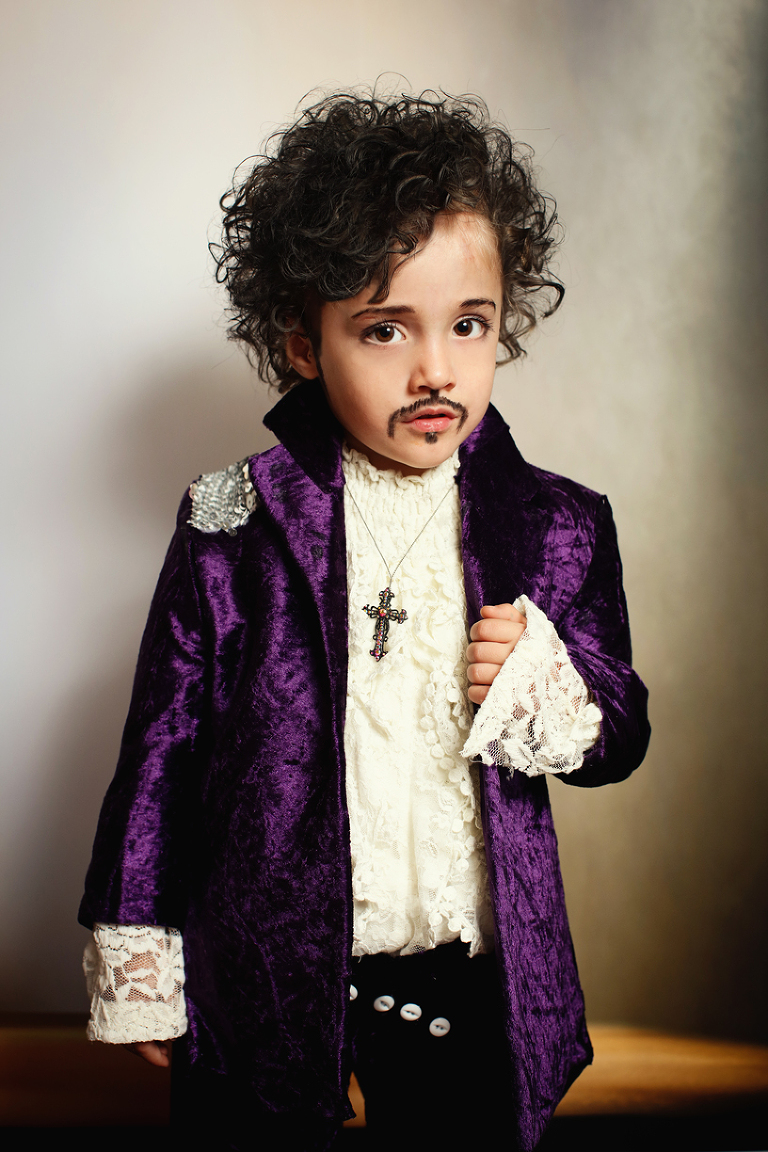 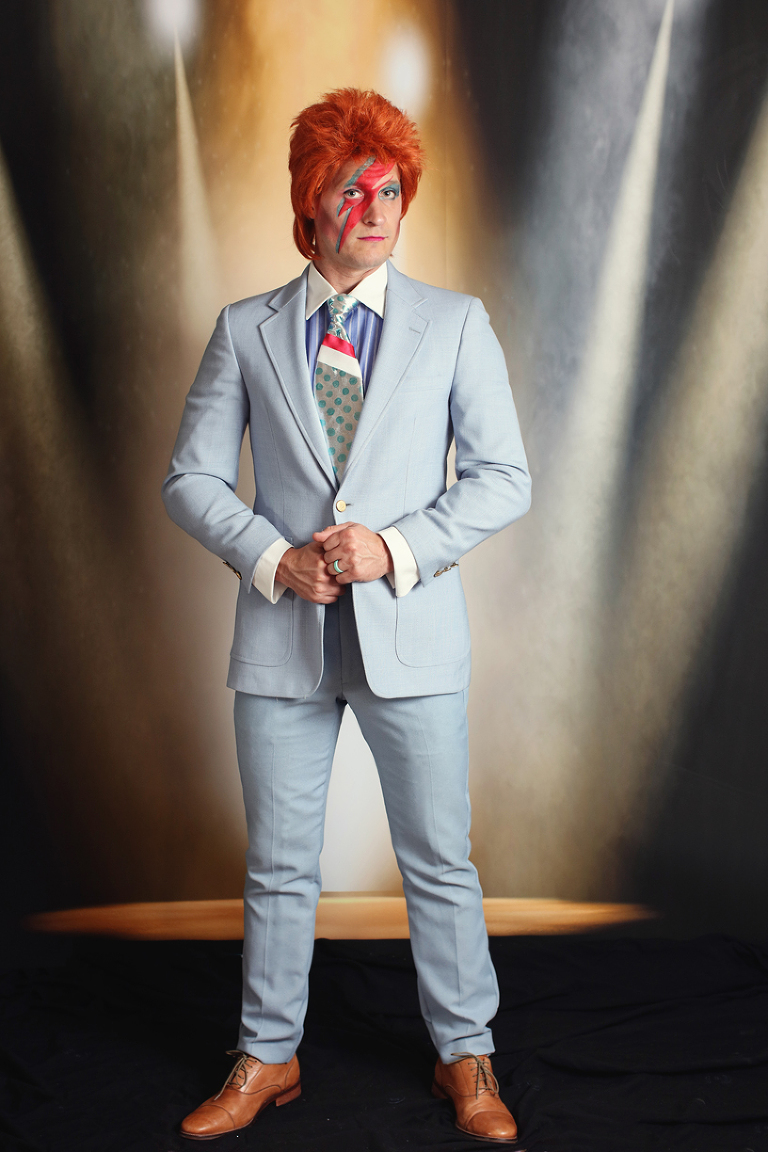 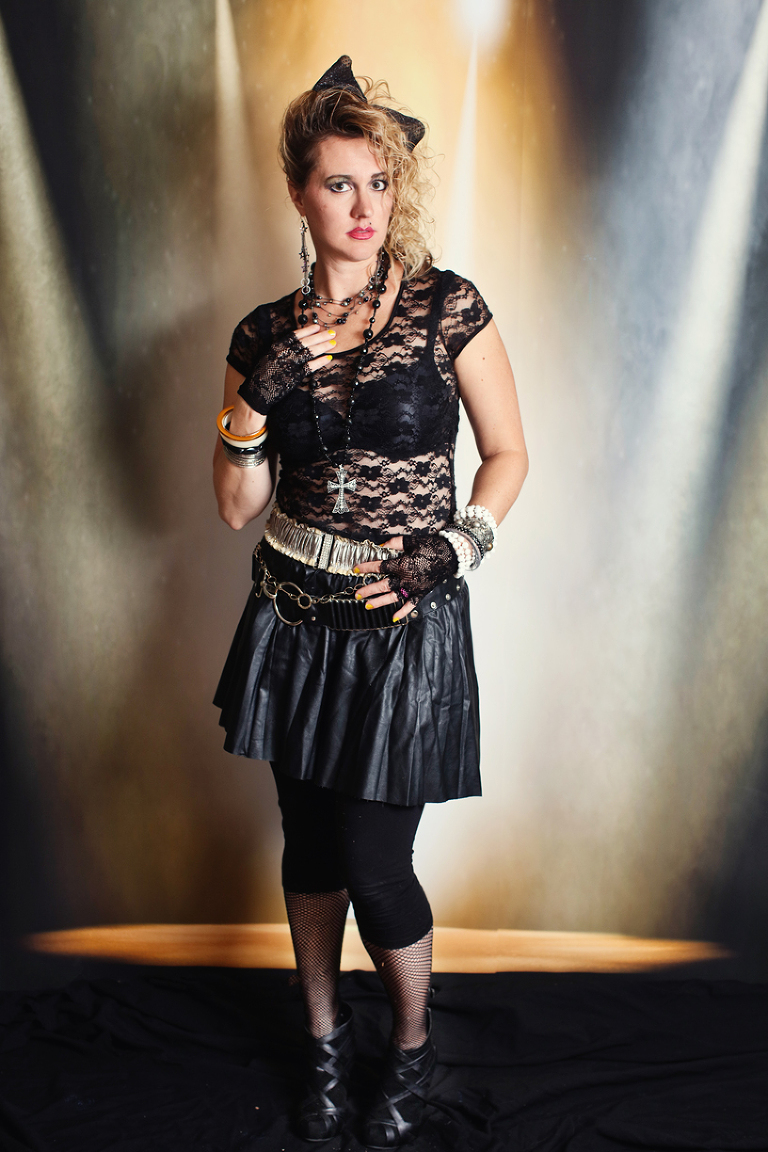 Man. I wish we had the energy to study poses and recreate. It was seriously a, cool, you get a full body? A close up? K that’s fine. 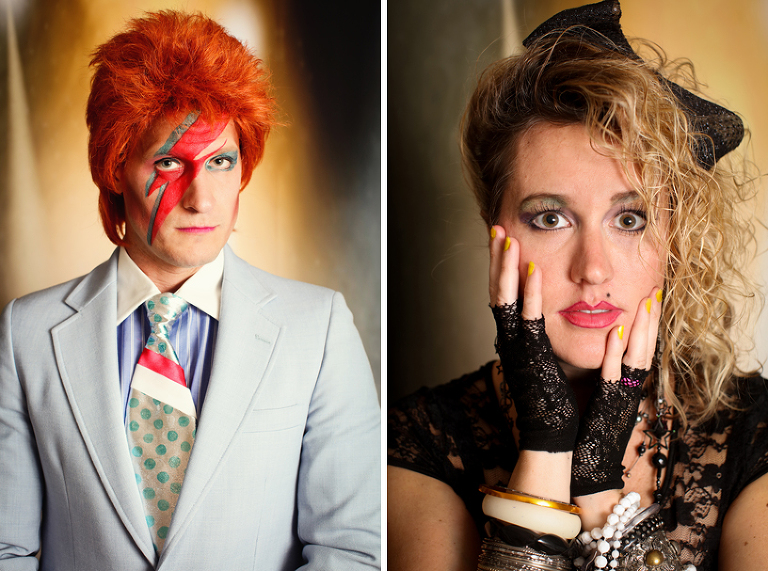 Here’s the inspiration we used for you young folks who have no idea who these people are!!! *CRINGE* Artists just don’t make

Adam wanted to combine the bolt and blue eyes because he liked them both. 🙂 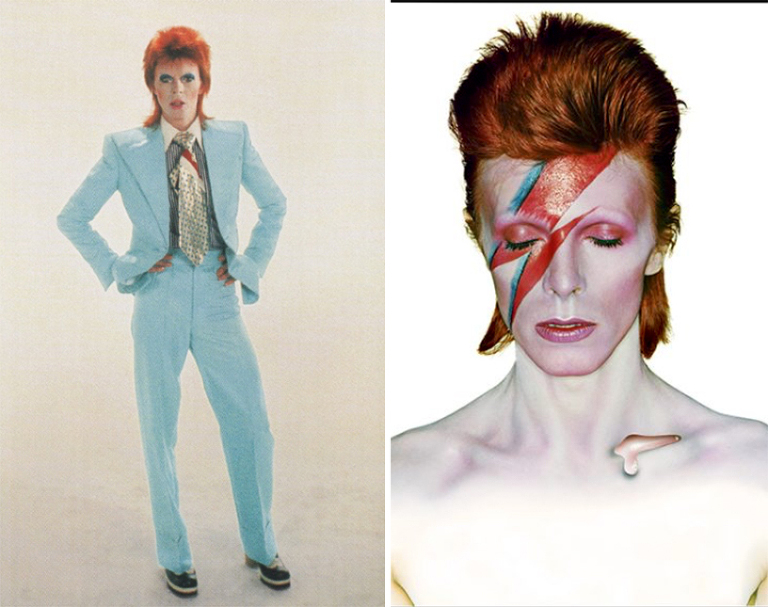 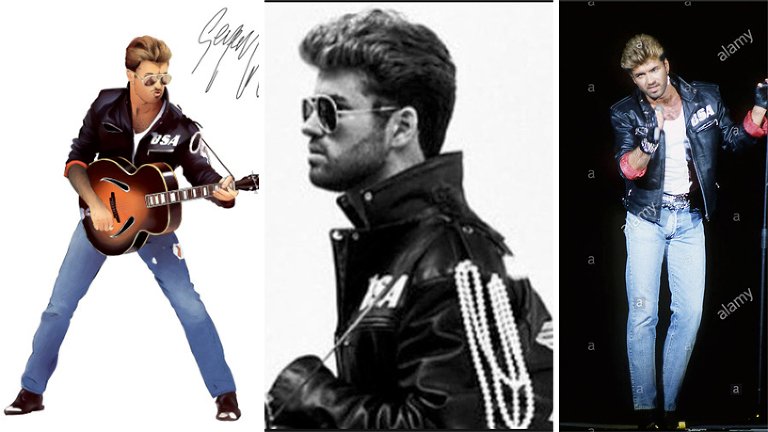 You know, I used to post all this because it was really annoying getting inquiries to purchase costumes or “how did you do make this” etc.

But it seems now, because the internet has zero concept of copyright or consideration, that any of our previous costumes floating around on

the web are so far removed from my site and reposted on Joe Schmo’s site that we’re not even credited to the posts. ::EYE ROLLLLLL:: Like

I’ve actually seen more than once, my family with patterns on how to sew what I HAD SEWN/thrifted in the caption?!?! WHAT IS

WRONG WITH PEOPLE. Now I share because I love to see other’s process work and how they got to the finished pieces.

So continue scrolling or enjoy.

We did alllll the thrifting this year and as a family which had its very frustrating (loud) moments but also very exciting and fun.

We went in any hour slots between sports or me shooting. Before shopping, we started our research online with who they wanted to

be and to give them an idea of attire. Nico was SO SO into the thrifting. He’d disappear then reappear with the perfect items. We’ve all

known he’s been into fashion since he was barely walking, now this gave him and outlet to be creative with it. He rummaged all the stores

for these perfect shoes for Cyndi, George and Madonna. All only a few bucks each. YES. Get it, Nico!

The face of “ITS ITTTTCHY MOM!!!” The middle was him finding a leather jacket in the girls section in his SIZE after the employees

told him there are no leather jackets in the store. So proud.

I havent cut their hair in a couple months and it was because I needed the length for a Jheri curl/afros. I experimented with

ways to tight curl it, which they loved…and then insisted I sprayed it black that day too.

For a second we thought he was going to have to wear a women’s suit and I was going to make pants from a skirt. Thankfully he

found giant pants that were able to be pulled up for high waist and altered to make skinny. I’ve never had to drag Nonni into

than me dealing with it on top of everything else. So thanks, Nonni! 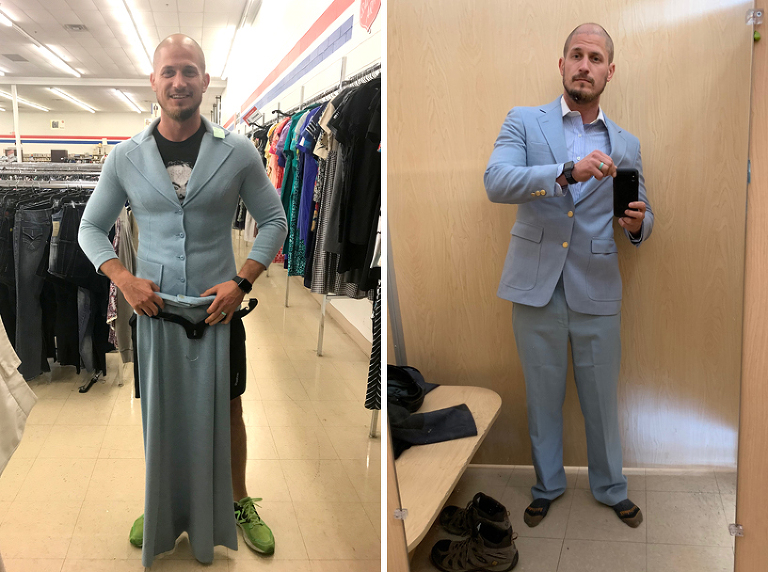 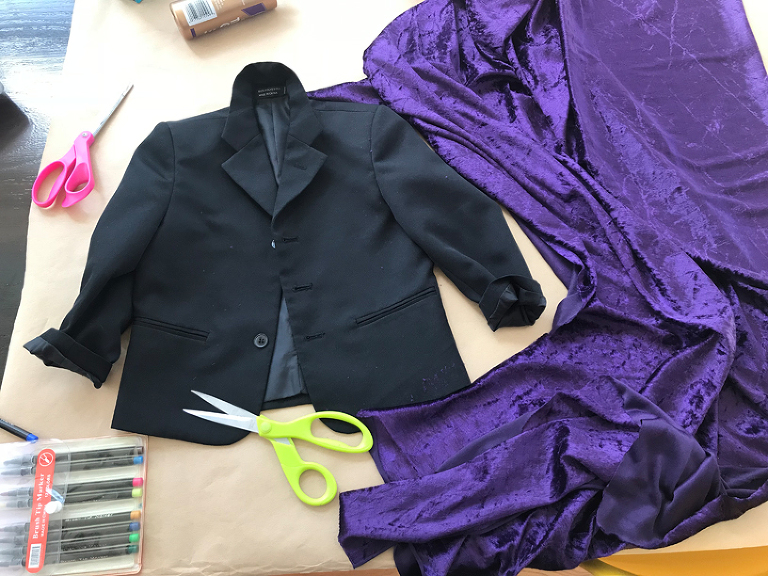 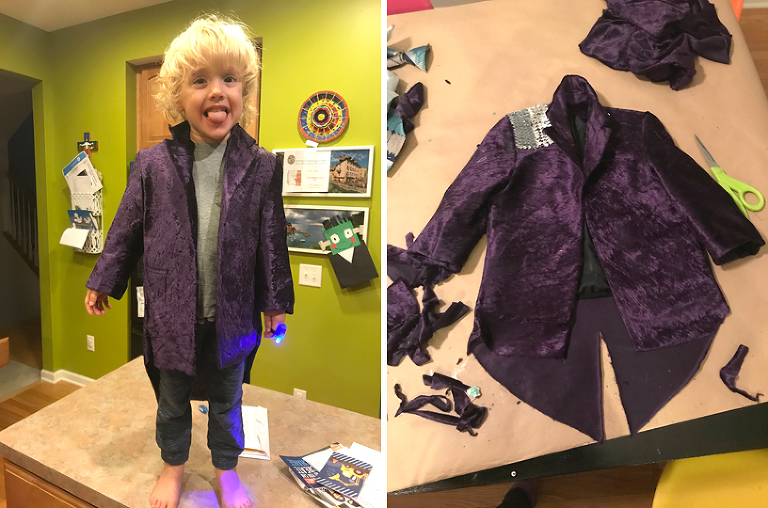 I already had a ruffled shirt from previous costumes that I pinned up for Prince. For Michael’s blinged out jacket, I repurposed

a leather jacket they wore the last two winters. 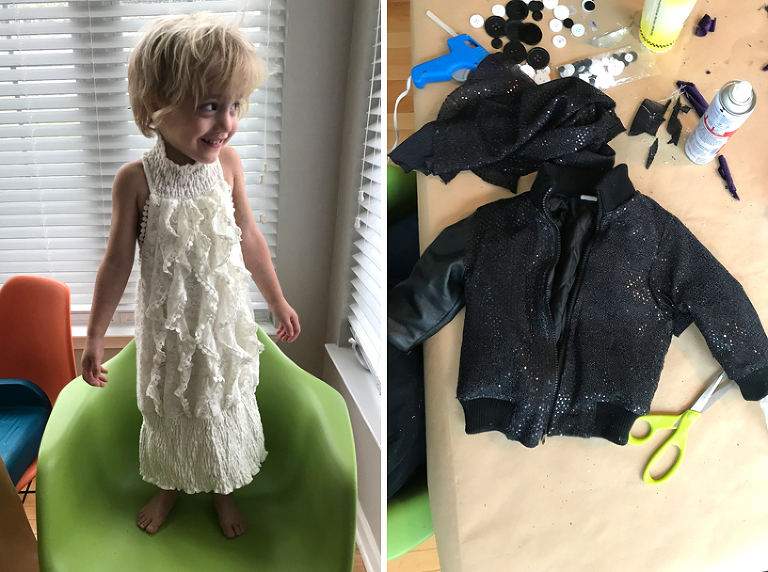 Ezra kept saying, “But when are you making my glove!! I need a sparkly glove!! So the night I made it, he.was.pumped. 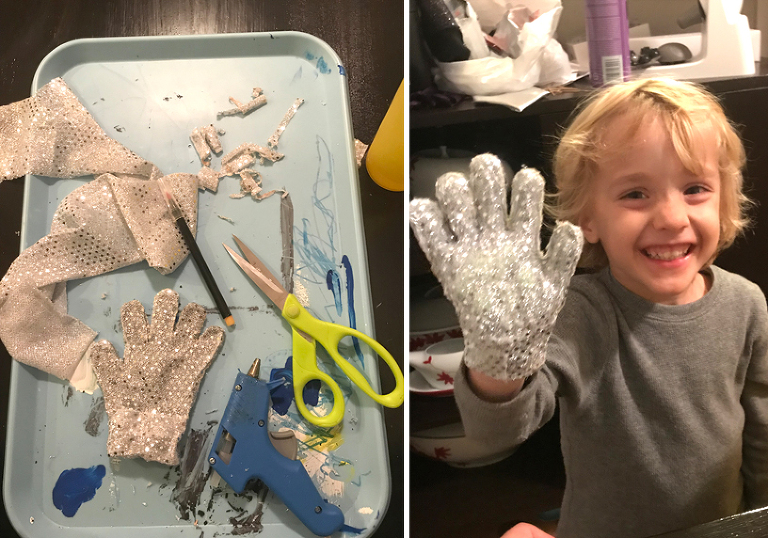 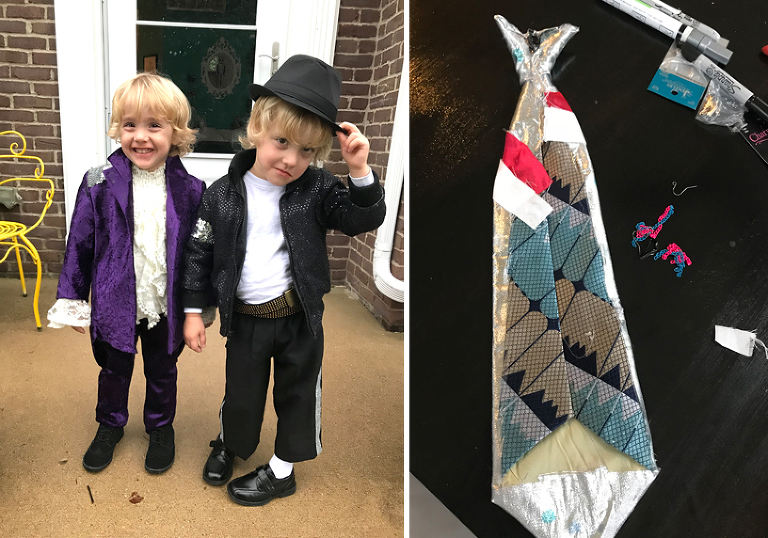 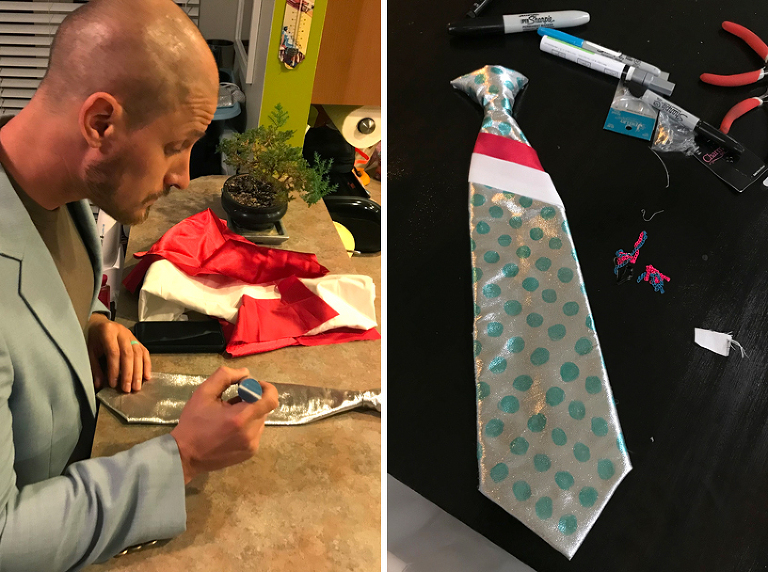 Even though Nico wanted to go all in and pierce his ear, I made a clip on instead.

For my Lucky Star earrings, Nori found these on the left and one night in bed (ahahaha) I colored, disassembled, made new jump

rings then attached the stars to some dangly earrings Nico picked out for me from Salvation Army. 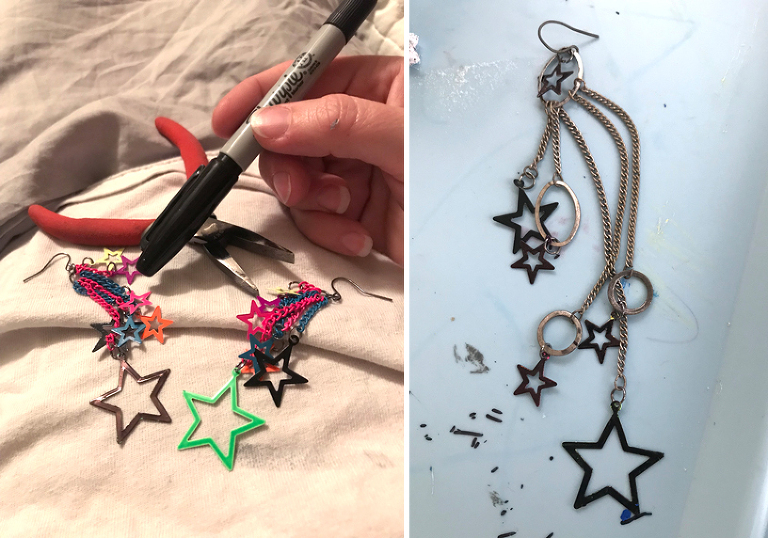 Nico found these $1 aviators but unfortunately they were the wrong color! Easy fix. 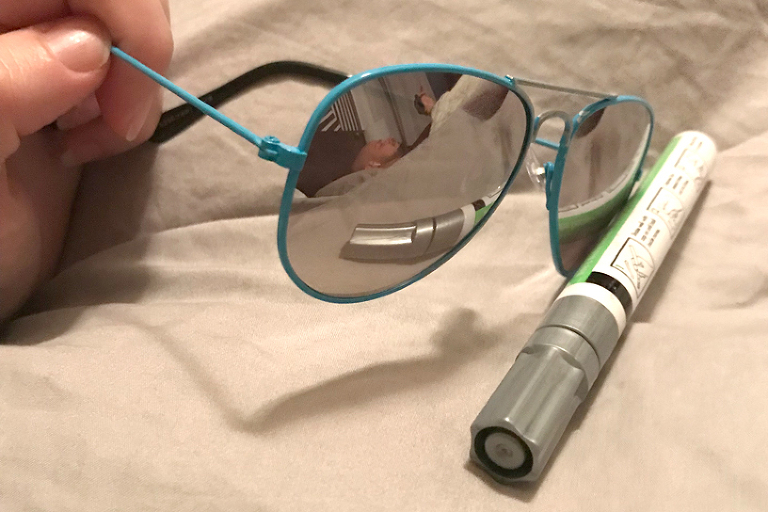 They asked if I’d curl their hair like this every day. UM NOPE, it wasn’t exactly quick and easy. That blonde fro tho.

Another Halloween come and gone. We had so much fun as a family that I can’t wait to see what they want to do next year. It was

fun getting away from the movie theme but with 6 people it’s so hard! We wanted to Dubsmash the hell out of these costumes but zzzzzzz.

Maybe tonight? Hope everyone doesn’t get too soggy tonight. YUCK.

Thanks for stopping by!

Our goal is to make memories from real moments. We want to capture how you really feel and ten years from now when you look at our work, you can immediately remember exactly how you felt in that moment. Send us an email and we will get back to you as soon as possible!